Caption: Closing the divide between boxing and MMA

Not that long ago – and we are talking in months not years – the two camps of boxing and MMA were very much separated. Separated in terms of their fighters, their fan base and the TV networks. The lines between those two camps have gradually become closer and closer as well as becoming more blurry, and the speed of change has definitely been ramping up of late. Then events on 2nd November threw new light on the uneasy relationship between these two combat sports.

New Kid on the Block

MMA was always seen as the noisy upstart, shouting expletives at its pugilist neighbor. It was starting with a clean page, designed to put right all the things that was wrong in pro boxing, and that had gradually eaten away at its fanbase, especially in North America. Boxing, on the other hand, looked down its nose at something it didn’t understand and didn’t want to understand, or in many cases ignored it completely. For many pure boxing journalists and fans, the first time they ever took any notice at all of MMA was when the Mayweather vs Conor McGregor fight was announced, and then 90 per cent of the time they dismissed the event - and the sport out of hand.

That fight in Vegas took place in August 2017. Fast forward to 2nd November this year, and the biggest name in Boxing today was fighting in the same city. Saul "Canelo" Alvarez took on Sergey Kovalev for the WBO light heavyweight title, the same night as UFC 244 was taking place at MSG, New York.

What really went on between promoters and TV executives will more than likely remain behind closed doors, but what it certainly looks like was that they engaged in a huge stand off. The remarkable thing is that it was DAZN and boxing that blinked first, not just delaying the Canelo fight for almost two hours, but actually showing the closing bouts of the UFC PPV on screen in the MGM Grand where the fight was due to take place. 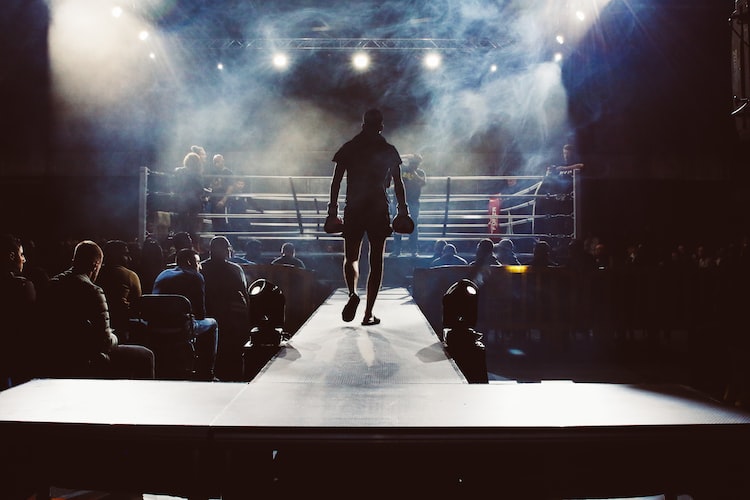 One of the biggest frustrations for boxing fans is the number of different belts, and the reluctance of fighters and /or promoters to make the fights between the best fighters at each weight happen. After almost two decades since the world fell out of love with the heavyweight boxing, it looked like we could suddenly have a group of fighters recognized as being at the very top of their game, reaching their peak at the same time, and we could be approaching a repeat of the Ali, Foreman, Frazier era.

This time it's Deontay Wilder, Tyson Fury and Anthony Joshua. The fights never happened though. There was a 37-month period when Joshua and Wilder held different versions of the heavyweight title but did not meet in the ring. No matter what the reason, that is scandalous, and barring injury that just would not be allowed to happen in the UFC.

Joshua lost to Ruiz, of course, in New York earlier in the year, which has turned the division on its head. The Joshua vs Ruiz rematch next week will have profound effects on the rest of the division. The British former world champion is odds on to regain his belts at Fox Bet, the new home of boxing wagering, but there are many well respected voices predicting it will be another very tough night for Joshua.

That night of the 2nd November offered more insights into the changing relationship between the two codes. UFC 244 was taking place at what many people consider the beating heart of boxing – Madison Square Gardens, the place coincidentally where Ruiz took the belt from Joshua. The fact that MMA is succeeding in boxing’s own backyard is a sign of just how far it has come. Two of the fighters that night, Jorge Masvidal and Canelo, have exchanged words regarding a possible fight, something that we will start to see more and more, mainly in the boxing ring, but also in the octagon. One worrying sign, however, of another creeping crossover also occurred on that night, with the UFC standing on the toes of the WWE with its BMF belt.

This site uses Akismet to reduce spam. Learn how your comment data is processed.

We use cookies to ensure that we give you the best experience on our website. If you continue to use this site we will assume that you are happy with it.OkNo